The Littlest Chickenhawk is quick to sense the way the wind is blowing. And in case it wasn’t already abundantly clear, he wanted to stress whose side he isn’t on:

As one of the leading antagonists of the so-called alt-right, I’m often asked to define the movement. Like all movements, the alt-right actually has several strains – they’re an agglomeration of self-appointed radical culture warriors, disenchanted paleoconservatives, and open anti-Semites and white supremacists. They’re united by a distaste for what they consider to be “political correctness,” although they universally seem to mistake “PC” for “not being a complete ass.” And they consider any resistance to actual racism and anti-Semitism to be “cuck” cowardice and social justice warrior whining.

Many of the most public members of the alt-right are leftovers from Gamergate, the scandal that rocked the gaming community in which leftist reviewers saw fit to stifle and savage any video game (or science fiction and fantasy book) that didn’t hew to radical leftist tropes. As a way of trolling such leftists, many anti-SJW bloggers began using deliberately offensive language, then celebrating themselves for violating taboo. This has carried over to support for Donald Trump – many of these same people think that Trump’s unfortunate habit of saying terrible things is just high politics’ version of their own trolling, that he’s standing up to the regime of political correctness. He isn’t. He’s just a jerk. And so are they, for following along. The conflation between tweeting hook-nosed Jew cartoons at Jews and fighting against the scourge of political correctness, which prevents honest discussions of serious issues, actually damages the cause of political incorrectness….

Their philosophy, however, is totally foreign to conservatism. It supposedly champions Western civilization, but in pretending to do so, it tears away at its most foundational principles in favor of a white tribalism that provides an ugly counterpart to the left’s racial divisiveness.

Shorter (((Ben))): The Alt Right is mean, see how mean they are to me, and they’re NOT conservative either!

It’s true, we are mean and we aren’t conservative. It’s funny how they ALWAYS talk first about Milo, given that Milo is not Alt-Right and makes it very clear that while he is favorably inclined towards us, he is not actually Alt-Right himself. Of course, it’s probably difficult to talk reasonably about us at the same time that you’re running from debate with us.

Now, it is obvious that our philosophy differs from conservatism, although it is not as totally foreign to it as (((Ben))) is to America. We don’t hide the fact that the Alt-Right is an ALTERNATIVE to conservatism. It’s right there in the name. But we do not “supposedly” champion Western civilization, we actually do champion it, and more importantly, it falls to us to do so because conservatives, cuckservatives, and non-Westerners such as (((Ben))) have been lying about Western civilization’s foundational principles for over 100 years.

Western civilization rests upon three pillars: Christianity, the European nations, and the rule of law. A non-Christian, non-European lawyer such as (((Ben))) can neither speak for the West nor is likely inclined to defend it, indeed, (((Ben))) is simply following in the tradition of his tribal compatriots (((Emma Lazarus))) and (((Israel Zangwill))) in attempting to redefine the white Christian foundations of both America and the West on behalf of his own tribal interests.

White tribalism in America is not only necessary, it is the inevitable consequence of the success two invading tribes had in overturning the immigration standards in 1965. Not only did those who pushed the Hart-Celler Act lie to the American people about their intentions, as well as the obvious consequences of that 1965 revolution, they have subsequently attempted to hide their destructive actions behind an utterly false 20th century mythology concerning “the melting pot”, “a proposition nation”, and “a nation of immigrants”. For more details concerning the complete falsehood of this 20th century mythology, read Cuckservative, by John Red Eagle and me.

And understand this. If you believe that any of those concepts are foundational American principles, you are a confirmed historical ignoramus. Here is a hint: cite the earliest significant reference to any of those phrases with relation to the United States of America.

The creedal mythology is obviously false, particularly in light of 120 years of naturalization laws, exclusion laws, and Supreme Court decisions that are entirely in line with the Preamble to the Constitution’s reference to posterity and the understanding that America was, and is, a white nation. How does one identify a “foundational principle”, not only of America, but Western Civilization, from a concept articulated and popularized by John F. Kennedy in 1958?

Earlier today, (((Cathy Young))) also attacked the Alt-Right on Twitter, in response to one of my tweets.

Supreme Dark Lord @voxday
#AltRightMeans Knowing American history and that both “the melting pot” and “a proposition nation” are lies.

Supreme Dark Lord ‏@voxday
#AltRightMeans understanding that the Preamble to the Constitution and 120 years of laws trump the Declaration of Independence.

Supreme Dark Lord ‏@voxday
@CathyYoung63 Since you believe all men are created equal, do you agree Palestinians and Arabs have the right to settle freely in Israel?

I know this will probably come as a complete surprise to all of you, but (((Cathy)))’s response was: *crickets*

She doesn’t appear to understand that if all men are created Americans, then it necessarily follows that all Arabs are Jews.

Ben Shapiro ‏@benshapiro
From @voxday, demonstrating the full toxicity of the alt-right movement, complete with anti-Semitism. 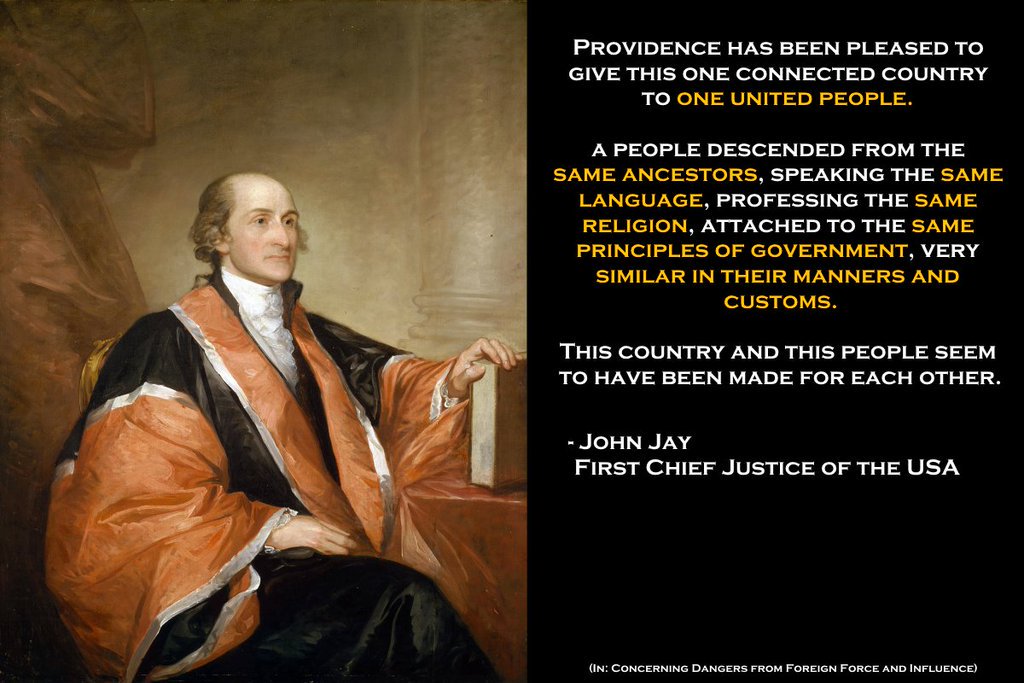