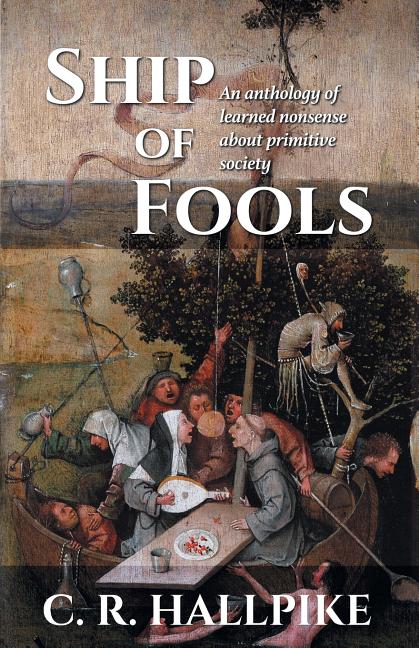 Castalia House is pleased to announce that Dr. C.R. Hallpike’s SHIP OF FOOLS is now available in print.

Dr. Hallpike spent his first ten years as an anthropologist living with mountain tribes in Ethiopia and Papua New Guinea and writing up his research for publication. He learned that primitive societies are very different from our modern industrialised societies and that it takes a considerable amount of study to understand how they work. But since all Man’s ancestors used to live in a similar manner, understanding these societies is essential to understanding the human race itself, especially when speculating about our prehistoric ancestors in East Africa.

Unfortunately a wide variety of journalists and science writers, historians, linguists, biologists, and especially evolutionary psychologists erroneously believe they are qualified to write about primitive societies without knowing much about them. The result is that many of their superficial speculations have about as much scientific credibility as The Flintstones.

The various critical studies contained in Ship of Fools: An Anthology of Learned Nonsense about Primitive Society examine some of the most popular of these speculations and evaluate their scientific merit. Among the learned fools whose works are critiqued are:

SHIP OF FOOLS: An Anthology of Learned Nonsense About Primitive Society is available from Castalia Direct for a discounted price of $14.99.