Haunting new photos of Notre Dame’s interior reveal how it survived the inferno after it was revealed three of its iconic Rose Windows escaped damage, as detectives probe the renovation work which may have led to the blaze.

The pictures revealed the golden crucifix and altar were preserved amongst the smouldering rubble after the roof was destroyed by Monday night’s fire.

Three ‘irreplaceable’ Rose Windows, which date to the 13th century and were last night feared to have melted or exploded, were intact. 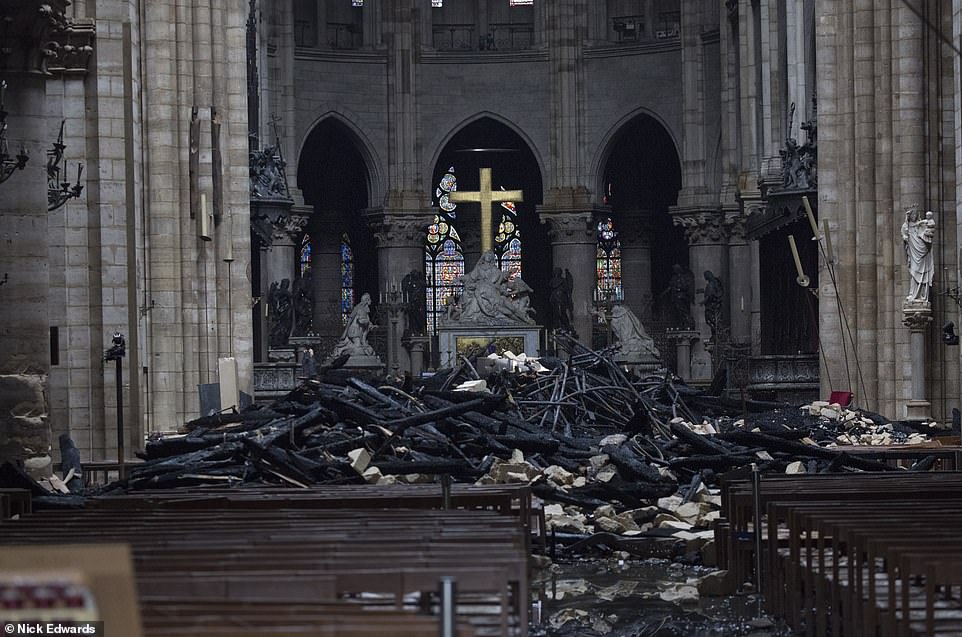