The first episode of Midnight’s War, NOT EVEN THE WICKED DEAD, is now available on Webtoons! It is my entry in the short story content. Rated adult for depictions of violence.

As it happens, we jumped the gun a little on the weekly Alt★Hero episode, so Episode 12 of Alt★Hero, LA SUPERMODEL, is also live now.

And in other Arkhaven news, MIDNIGHT’S WAR is coming soon to Webtoons. 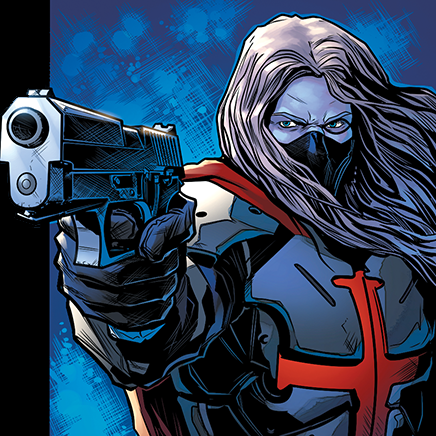 Episode 11 of Chuck Dixon’s Avalon, NOTHING BUT A NUMBER, is now live on Webtoons.

As is Episode 4 of Chicago Typewriter, AS ABOVE SO BELOW.

As is Episode 5 of Quantum Mortis: A Man Disrupted, ALL MEN DIE.

Episode 9 of Alt★Hero, WE WILL NOT FAIL, is live on Webtoons.

The man who sees through the dark, Emilio Enzo, travels through the Nine Circles to visit Hades. The third episode of Chicago Typewriter, A VISIT TO HADES, is now live on Webtoons.

Apparently 2VS has finally gotten around to turning on Comicsgate:

Vox Day opened up an imprint to allow small creators to use his printer discount on behalf of #ComicsGate, something that would have helped take the burden of production off of the smallest indie creators and help flourish a stronger and more united independent community. Knowing that Ethan Van Sciver had done everything he could to jump on the #ComicsGate brand, Vox ran the idea by Ethan in email to make sure Ethan was on board, and Ethan said yes.

It looked like a dawn of a new day for indie comics.

Until Ethan manipulated the situation into a power play to control the few fans under his umbrella.

In a move completely the opposite as he’d been telling Vox, Ethan took to his show and put Vox Day on blast, and his rabid, angry, outrage-prone fans went and brigaded Vox Day as a result.

Instead of getting great printer discounts, Vox was character assassinated. Anyone who called him friend got the same treatment. Ethan and his fans started becoming just like the SJWs they claimed to despise — screeching “alt right racist” at me and others in an attempt to character assassinate and destroy anyone who didn’t go along with their narrative.

All because Vox wanted to help out some small indie creators.

Just to be clear, I don’t care in the slightest about 2VS or Comicsgate. I have very little against them and even less for them. Contra the narrative they both tried to push, I was never interested in owning, controlling, or even having anything whatsoever to do with Comicsgate. I only got involved, for about a week, as it happens, in support of an erstwhile Dark Legion creator, which turned out to be both a stupid mistake and a significant learning opportunity.

The moral of the story: stay away, stay very far away, from the drama that inevitably accompanies narcissistic attention-seekers. In fact, the reason I no longer speak in public to anyone except Castalia authors and UATV creators owes as much to the Comicsgate kerfuffle as it does to the Wired and NPR hit pieces and the Fuentes fiasco.

I neither need nor desire drama, and I’m simply not at all interested in creating it for those who do. I do, of course, find it mildly amusing to observe 2VS showing his second face to his erstwhile supporters.

Episode 8 of Alt★Hero, THE NEW RESISTANCE, is now live on Webtoons.