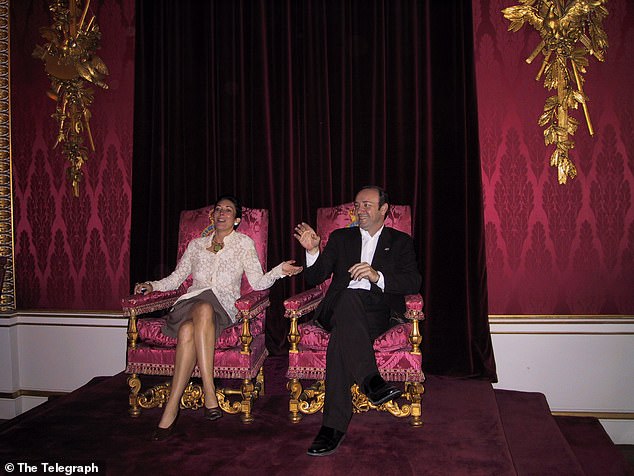 The British Prime Minister has been moved into the ICU:

Boris Johnson has been moved to intensive care after his coronavirus condition worsened, Downing Street announced tonight. He is conscious and has asked Foreign Secretary Dominic Raab to deputise for him. Mr Johnson, 55, has been transferred to intensive care as a precaution should he require a ventilator.

Not to be pessimistic here, but it is generally not a good sign when one’s consciousness is deemed newsworthy. The more conspiratorial-minded will, I imagine, be tempted to view this as some sort of revenge for Brexit.

A former Corona-chan pessimist is revising his expectations for the better:

Speaking on BBC Radio 4’s Today programme, Professor Ferguson said: ‘London is going to be very difficult in the next two to three weeks.

‘All I would say is, with the lockdown now in place, those numbers are going to start to plateau. The challenge we have is there’s a lag. The people being admitted to hospital right now were infected a week, two weeks, even sometimes three weeks ago, so without doubt the next one [or] two weeks are going to be very difficult.’

I was wondering why Prof. Ferguson was changing his tune until I looked at the Italian statistics and realized what he also must have noticed. Now, I am no medical expert or epidemiologist, but if we simply apply basic math, logic and statistics, and we assume that the cases of infection will follow the statistical bell curve that many historical epidemics have exhibited, we can derive predictive estimates from the fact that Italy appears to have hit its new cases peak on March 21, with 6557 new cases and 793 new deaths. That was on Day 31 of the outbreak, so we can speculate that the Italian crisis will be largely over by April 22.

If the US situation follows a similar curve – which will probably not be the case due to the much larger geographic area – then the current urban hotspots should be hitting their peaks the week of April 5-11 and seeing the crises more or less come to an end around the first week of May.

On the theoretical downside, if the peak has not actually passed and this four-day statistical decline is just an Elliott Wave-style even countertrend, that would indicate that the Italian situation is at least an order of magnitude worse than it presently appears and the crisis will be extended. So, let’s hope that the new case numbers continue to decline.

It’s going to be an interesting debate for future generations. Who was more stupid, Prince Harry or Meghan Markle?

Meghan Markle has told friends there is nothing ‘legally stopping’ her and Prince Harry from using their Sussex Royal name, despite the Queen banning them from using it, DailyMail.com has learned.

The 38-year-old complained to her inner circle that using the name ‘shouldn’t even be an issue in the first place and it’s not like they want to be in the business of selling T-shirts and pencils,’ the insider said.

They added: ‘Meghan said she’s done with the drama and has no room in her life for naysayers, and the same goes for Harry.’

On Tuesday, DailyMail revealed the Queen and senior officials agreed the two could no longer keep the word ‘royal’ in their ‘branding’, despite the likely thousands of dollars Meghan and Harry have already sunk into their website and trademark applications.

There was nothing “legally stopping” Princess Diana from driving through that tunnel in Paris either….

Her Majesty the Queen of England is observably getting tired of Megan Markle’s antics:

The Duke and Duchess of Sussex must drop their ‘Sussex Royal’ label after deciding to step down as working royals. Following lengthy and complex talks, the Queen and senior officials are believed to have agreed it is no longer tenable for the couple to keep the word ‘royal’ in their ‘branding’.

Harry and Meghan have spent tens of thousands of pounds on a new Sussex Royal website to complement their hugely popular Instagram feed.

They have also sought to register Sussex Royal as a global trademark for a range of items and activities, including clothing, stationery, books and teaching materials.

In addition, they have taken steps to set up a new charitable organisation: Sussex Royal, The Foundation of the Duke and Duchess of Sussex.

It has now been made clear that they will need to ‘re-brand’.

It would probably be a wise idea to steer well clear of Paris, too. Especially if Markle is dumb enough to defy the Queen and use it anyhow. 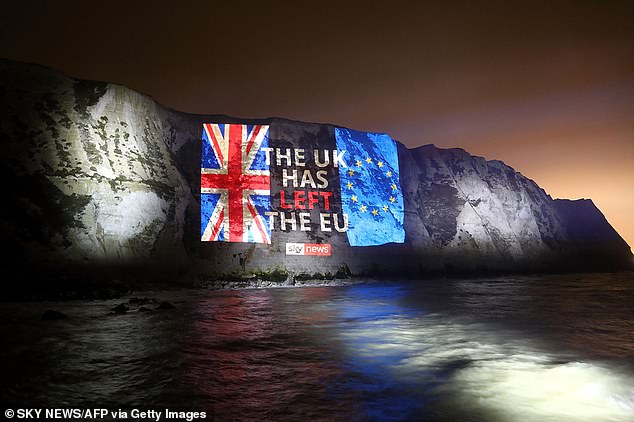 Congratulations to the British people, who are once again sovereign and free of their would-be masters on the continent.

Queen Elizabeth II was just stared down by a third-rate half-breed actress:

The Queen and Prince Charles decided not to strip Prince Harry of their HRH titles and Duke and Duchess of Sussex rank to avoid looking ‘petty’, it was claimed today.

However, the Queen and Prince Charles are believed to have felt preventing the couple from using ‘HRH’ in public and for commercial use – while still officially retaining the title – was a sufficient enough change.

A source told the Evening Standard: ‘The Sussex title is one of the ancient royal dukedoms given to him ahead of his wedding to Meghan, along with other titles. Removing it was seriously considered and discussed at the highest level.’

Amazing. She could have prevented the whole thing by forbidding Prince Harry to marry an obviously unsuitable woman, but she didn’t. Now she’s kowtowing to an actress for fear of looking petty.

Not a good show by the so-called sovereign. No wonder she’s permitted her country to be invaded and occupied.

Senior members of the royal family have gathered at Kensington Palace to celebrate the Duchess of Cambridge’s 38th birthday amid an ongoing crisis after Prince Harry and Meghan’s bombshell announcement last night.

Kate was seen arriving back at the palace today along with other royals such as Prince Eugenie, with birthday celebrations set to be dominated by the Duke and Duchess of Sussex’s decision to step back from family roles.

There are expected to be crisis talks today among the most senior family members, who are said to be ‘downright furious’ after learning about the announcement minutes before it broke on television news channels last night.

Royal sources today claimed Prince Harry had ignored crystal-clear orders from the Queen on the subject, after she instructed him not to make announcement about his future plans at this time.

It is understood that Harry had requested a meeting with the Queen at Sandringham as soon as he arrived back in the UK with Meghan and their son Archie this weekend, following a six-week Christmas break to Canada.

The Queen offered to meet the Duke – which was blocked by courtiers – but she still made an explicit request to her grandson that he first discuss his future plans in detail with his father, the Prince of Wales.

But the couple defied the order, going ahead with the announcement and ‘pressing the nuclear button’ on their royal careers, with William and Charles allegedly receiving a copy of the statement just 10 minutes beforehand.

I would definitely recommend avoiding boarding any flight that happens to be carrying Harry, Megan, Andrew, and Fergie. Just, you know, as a precaution. Especially when the British government can so easily play the Lockerbie card and blame the Iranians seeking revenge for General Soleimani.

One almost wonders if he blames the Queen for his mother’s fate. I find it hard to believe that anyone can be that ensorcelled by a third-rate actress.

Harry and Meghan have quit as senior royals and revealed they will live between the UK and North America while working to become financially independent.

The Duke and Duchess of Sussex made their announcement in a statement on their official Instagram account this evening.

They wrote: ‘After many months of reflection and internal discussions, we have chosen to make a transition this year in starting to carve out a progressive new role within this institution. We intend to step back as ‘senior’ members of the Royal Family and work to become financially independent, while continuing to fully support Her Majesty The Queen. It is with your encouragement, particularly over the last few years, that we feel prepared to make this adjustment. We now plan to balance our time between the United Kingdom and North America, continuing to honour our duty to The Queen, the Commonwealth, and our patronages.’

So much for the whole “isn’t it great he married an African” narrative.

I didn’t even know that stepping down was an option. What does that even mean?

Prince Andrew was forced to quit royal duties last night after a dramatic intervention by the Queen and the Prince of Wales. They took decisive action to contain the fall-out from the duke’s disastrous TV interview about his friendship with a paedophile billionaire.

The interview triggered days of catastrophic headlines and caused a string of businesses and charities to desert him.

Following lengthy discussions with Charles, who is touring New Zealand, the Queen summoned Andrew to Buckingham Palace and told him to step down.

That’s fine and all, but now tell him to fly to the USA and be interviewed by the FBI. (reads royal statement) Ah, “for the foreseeable future”. In other words, it’s just a PR stunt until everything blows over, or so they hope.