As a professional game reviewer, game developer, and game designer with 22 years of experience in the game industry who has worked
closely with Intel in the past, I would like to request that you
immediately ask Max Read to resign from Gawker Media for the blatant
disregard he has shown for the gaming community as well as one of
its most important corporate supporters. Mr. Read wrote:

Mr. Johnson, GamerGate does not consist of fascists. It is not an
ill-informed mob. It is not limited to teenagers, to men, or to
white people. It does not deserve to be treated with contempt and
flippancy. GamerGate is a broad spectrum of the gaming community,
including players and developers, and consists of men and women of
all ages who wish nothing more than to simply continue to design,
develop, and play the games that we wish to design, develop, and
play without being attacked by professional political activists,
corrupt game journalists, and publicity-seeking independent game
developers.


And speaking as one who has worked with upper level executives at
Intel, including Andy Grove, I can personally testify that Intel
is most definitely not run by idiots.

Mr. Johnson, I think you will recognize that both the game and
mainstream medias have exhibited considerable bias with regards to
the issue of GamerGate and have failed to cover it in a manner
that can be described as either fair or objective. While there has
obviously been some problematic behavior on both sides, I do not
see how it can possibly be in Gawker Media’s interest to continue
attacking both its readers and its advertisers alike. I hope you
will see fit to remove those employees and contributors who have
been inclined to do so, beginning with Mr. Read. 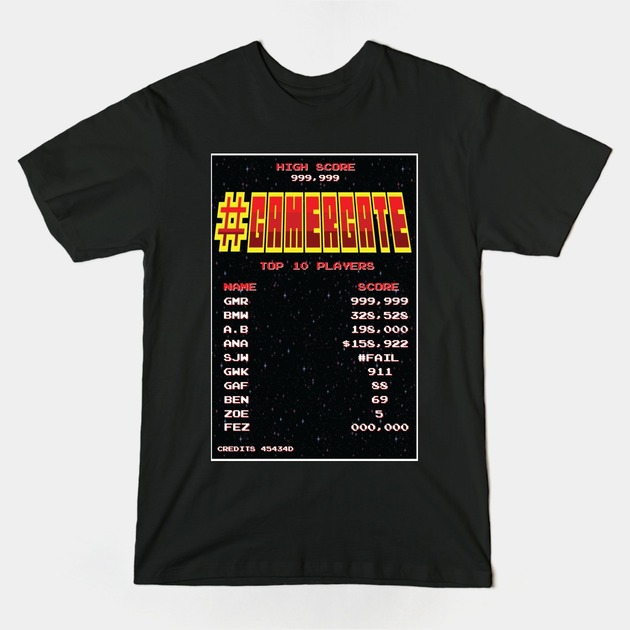 In other #GamerGate-related news, Castalia House has posted its statement on the matter which features insightful quotes from Popehat’s Clark as well as Castalia author William S. Lind. And Teepublic has a #GamerGate shirt out that is very retro and is all but guaranteed to set the usual suspects to frothing at the mouth on sight.

And Nero has another great article on #GamerGate, entitled: “Incredibly, GamerGate Is Winning – But You Won’t Read that Anywhere In the Terrified Liberal Media”:

Perhaps it won’t surprise you to learn that microchip manufacturers
and car companies are pretty sympathetic to the concerns of male
consumers. But some of the things said to me–all, sadly, on condition
of anonymity–have been nothing short of remarkable.

There’s the Intel vice president who told me via email that GamerGate
was “doing great work” and that he was “sick of slander and
self-loathing from the press”. He was talking about male journalists who
do misandrist feminists’ work for them.
“I am pressing that team, it’s not mine, but I am exerting influence
when I can, to stop spending money with people who hate themselves and
hate our clients,” he added by phone later.

Then consider the product manager, who was happy to be identified as
“senior management at a German car manufacturer”, who told me that, “the
violence against women is unacceptable and we cannot support it, but we
will not financially support people who insult our customers either”. The manager told me: “We would prefer not to make headlines like
Intel. But you should expect to see strategic changes in how we spend in
coming years. It is very much an open question inside the company and
we are watching closely.”

Finally, the executive at a household name video game developer who
said: “Opinion is sharply divided within the company. But that’s
remarkable in itself, given how totally the media has slammed and lied
about gamers. We’re split straight down the middle. One thing I can tell you, though, is that when claims about gamers
being woman-hating or abusive start to unravel, because journalists
didn’t check them properly before running these ‘bleeding heart’
editorials, it’s very difficult to win people back from there. So God
help Kotaku and Polygon if any of these women are shown to be making
stuff up.”

How fortunate for the anti-GamerGate crowd that women (and, presumably, men wearing dresses) never lie about rapedeath threats….