It’s been fascinating to see the widespread level of support for Sad Puppies 3 and Rabid Puppies as well as the identities of some of the people who are actively supporting us. I have to confess that considering his anti-GamerGate position, I never expected famous Star Wars actor Will Wheaton to come out and endorse Rabid Puppies for the 2015 Hugo Awards, but then, I didn’t know he was such a massive Larry Correia fan either.

I guess there just might be some truth to the rumor that he’s in the running to play Grant Jefferson in the Monster Hunter International TV show. I have to admit, I was expecting Jefferson to be a little better-looking, and to have more of a chin, but I’m sure Mr. Wheaton is such a good actor that he’ll be able to pull it off convincingly. 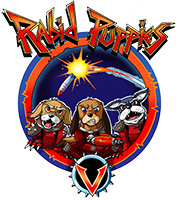