Try to read this statement about RavenCon with a straight face. I dare you:

A statement from Frank Wu and Brianna Wu about RavenCon

This weekend, we are both invited to be guests of honor at
RavenCon. Every time we’re asked to be GoHs at a convention, we consider
it a huge responsibility. We take our work as guests seriously – both
in representing the convention, and participating in programming in a
way that is entertaining to attendees. Our long track record of
professionalism speaks for itself.


The toll that the hate
group Gamergate has taken on our family has been well documented in
press, interviews and documentaries. Brianna has received 83 death
threats in the last 8 months, and Gamergate regularly disrupts her
speaking invitations at colleges. We’ve tried to stand firm to our
beliefs and march forward.


Sadly, the same reactionary anger has
spread into the science fiction community with the hijacking of year’s
Hugo awards, deliberately sabotaging them for bitter, regressive
political purposes. Many of the forums that orchestrate harassment
against Brianna and other women in the game industry have avowed
supporters of the Hugo hijacking, many of whom participated in the
voting and strongly support Vox Day.

What makes RavenCon
particularly uncomfortable for us is that a number of those attending
directly orchestrated or benefited from the hijacking. We’ve heard
numbers as high as six.

Frank Wu has won four Hugo awards. They
are near and dear to our family. And we agree with John Scalzi, Connie
Willis, George R. R. Martin and others about the travesty this has been.
The hijackers have contempt for the awards while also desperately
wanting the legitimacy they feel it would grant them.

To put it
bluntly, attending this con makes us tremendously uncomfortable. But we
agreed to attend, long before Gamergate, and we will follow through with
that professional commitment.

Neither of us wish to discuss the
Hugo hijacking with any person responsible for this atrocious action.
Both of us would consider it a professional courtesy if you didn’t
attend Brianna’s Gamergate panel tomorrow.

Let’s all enjoy what
brings us together, rather than focus on what brings us apart. There’s
plenty that science fiction fans can agree on. We hope we can all enjoy
RavenCon. 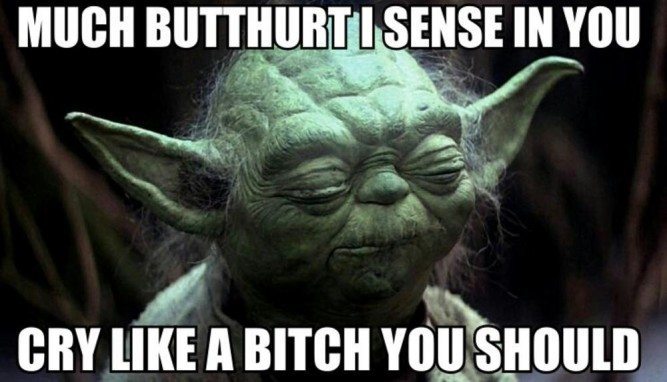 I know when I hear about John Flynt, the first thing I think about is his “long track record of
professionalism”. Not about his pretending to be a woman, his pretending to flee his house, his being caught autoharassing, his failure as a game developer, or his ludicrous, but modestly successful attempts to promote himself as a victim of misogyny. As for the 83 claimed death threats, I would assume Mr. Flynt himself likely accounted for at least 80 of them. But it would be interesting to hear someone count how many lies Mr. Flynt tells in his #GamerGate panel; I’d put the over/under north of 30.

And I’m guessing every single one of these six logical fallacies so often relied upon by SJWs will be on display.