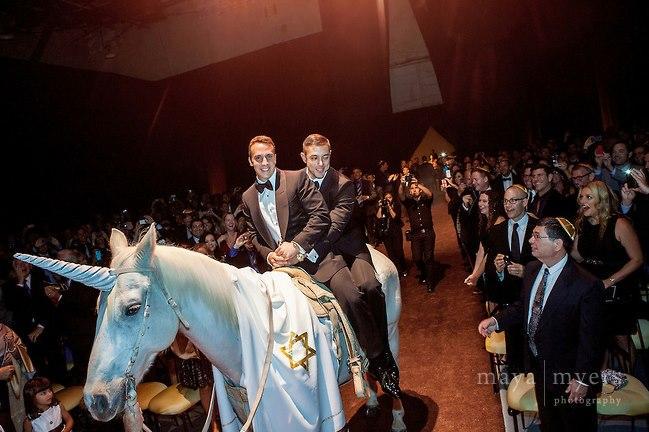 It’s official. I have seen EVERYTHING. A GAY JEWISH WEDDING WHERE THEY RODE IN ON A HORSE DRESSED AS A UNICORN

Or rather, proof of the lack thereof. But nevertheless, I think it’s an exaggeration to say that America has reached the depths of Roman depravity. Only when one of these drama queens is the elected President and the marriage-parody is consummated in public, on the horse, can we reasonably say it has reached that level.