This is one reason why Trump is laying waste to the US political scene. Disloyal, treacherous politicians have never encountered anyone like him. 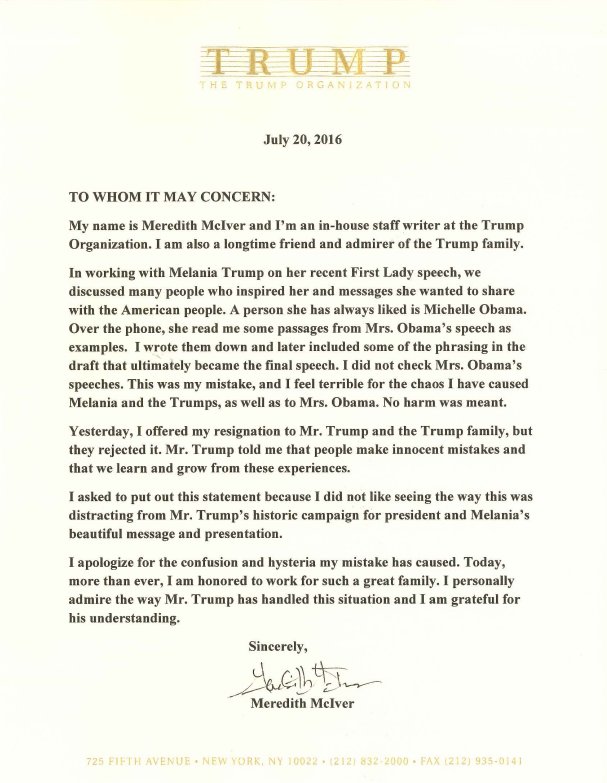 In other words, a friend and employee screwed up, created a problem, and yet neither of the Trumps threw her under the bus. They had to know from the beginning whose mistake it was, but they refused to identify her. And then they wouldn’t permit her to fall on her sword in her attempt to take full responsibility for her error.

That is more than a leader, that is a teacher.

That being said, I would still look hard into whoever wrote the rick-rolling into the speech. That tends to smack of intentional mischief, perhaps even malice.