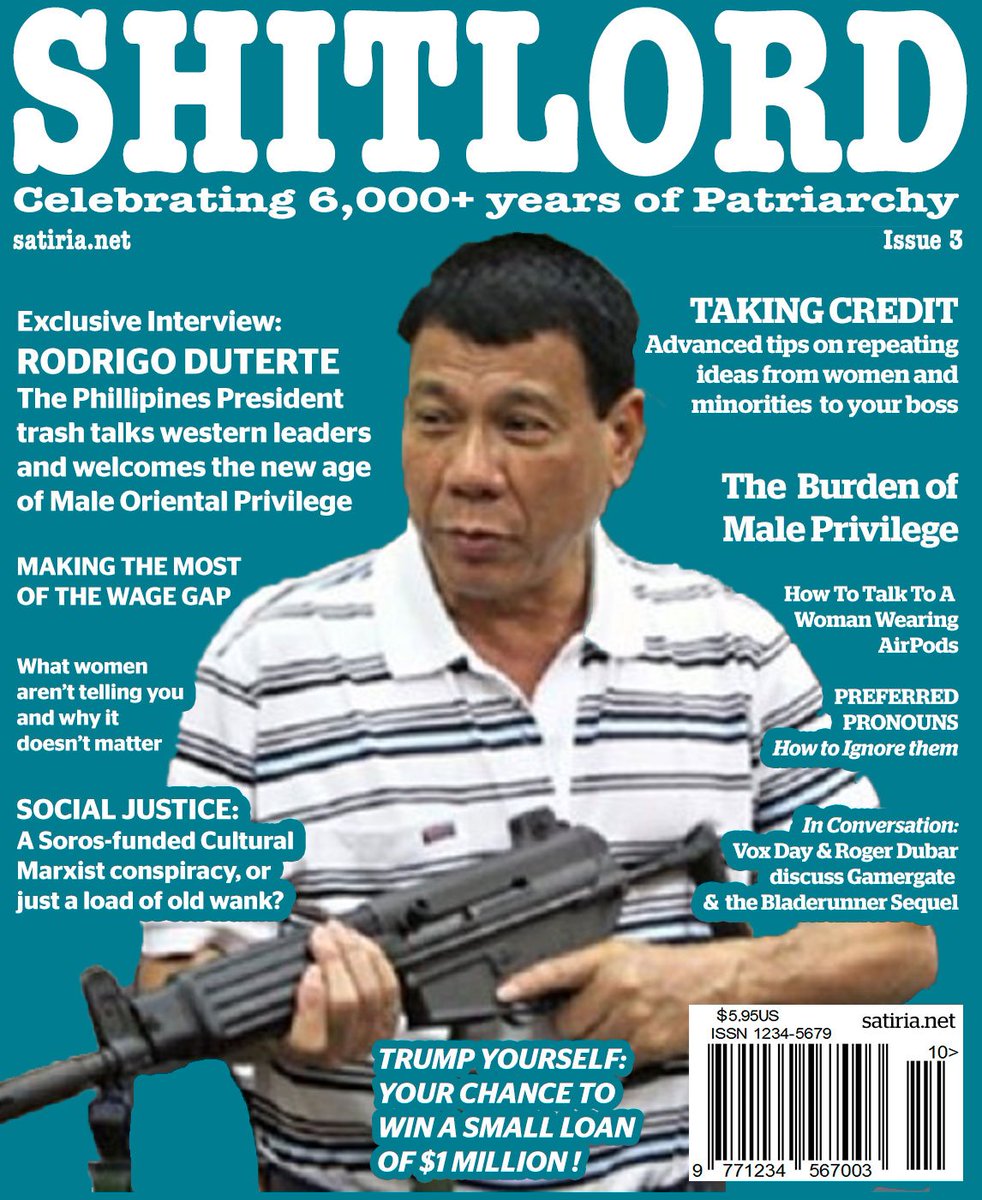 I have to admit, I would ABSOLUTELY vote for Rodrigo Duterte. I mean, while I personally prefer legalization, if you’re going to fight a war on drugs, simply shooting the drug users and drug dealers does strike me as considerably more effective than forcing your entire population to move to credit cards and arresting their property any time they have more cash on hand than you dictate.

Between Duterte, Putin, and Trump, we would appear to be entering the age of the Alpha President.