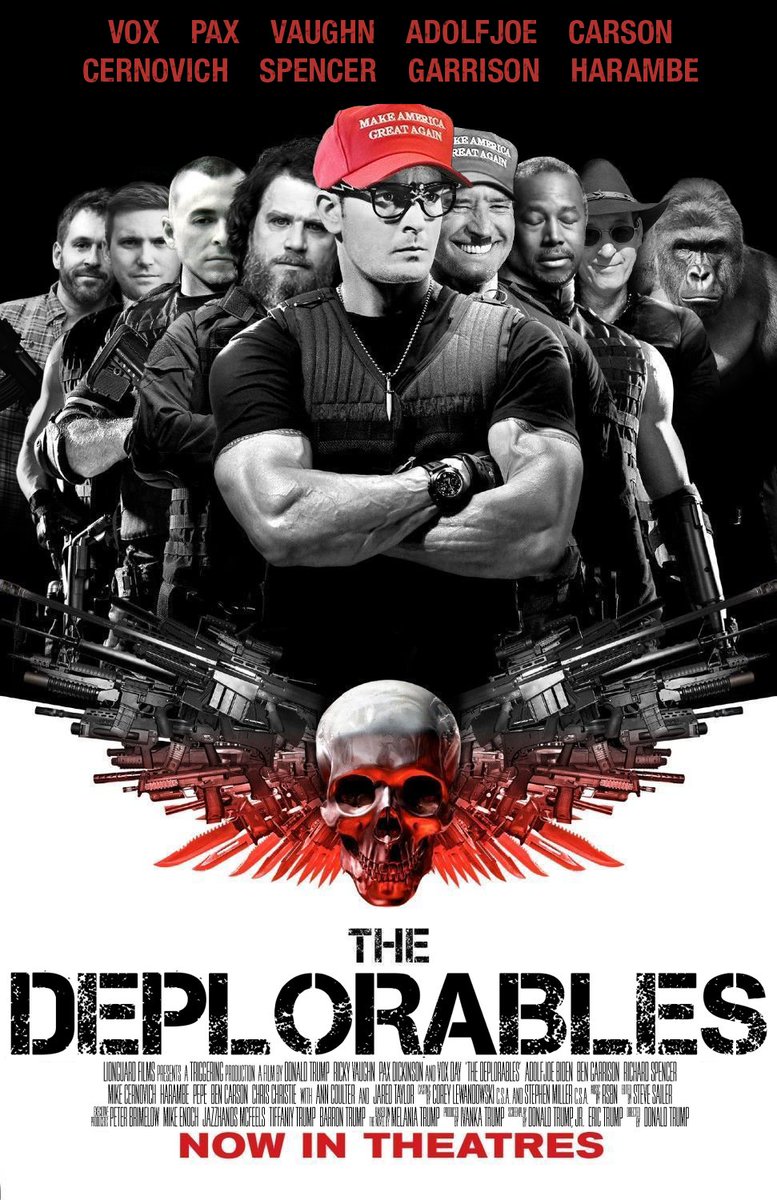 “You could put half of Trump’s supporters into what I call the ‘basket of deplorables. Racist, sexist, homophobic, xenophobic, Islamaphobic, you name it. And unfortunately there are people like that. And he has lifted them up. He has given voice to their websites that used to only have 11,000 people, now have 11 million. He tweets and retweets their offensive, hateful, mean-spirited rhetoric. Now some of those folks, they are irredeemable, but thankfully, they are not America.”
– Hillary Clinton, September 9, 2016

In fairness, we’re really on pace for 3 million this month. But if she keeps this up, we might be to 11 million by the time Trump is inaugurated as God-Emperor of America in January.