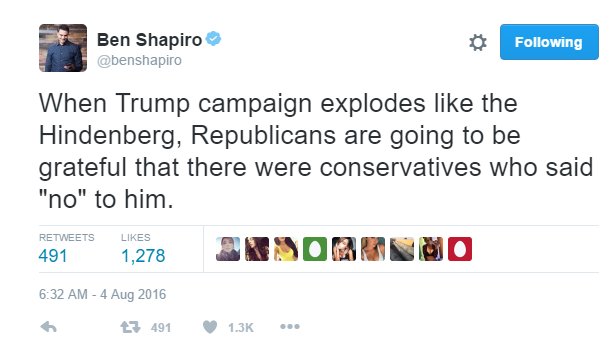 
Ah, so “never” for varying values of the term. Well, rats only swarm a winning ship. This is just an early sign of the coming Trumpslide. Let’s all welcome (((Ben))) aboard the #TrumpTrain!