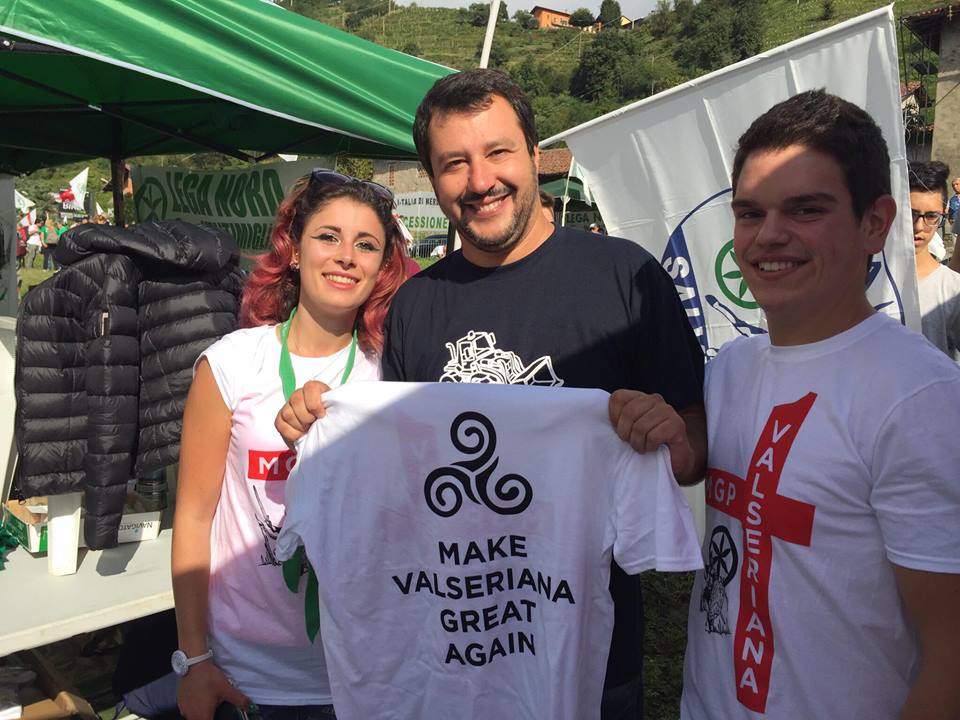 This is from a Lega Nord rally in northern Italy. The man in the center of the picture is Matteo Salvini, a Euro MP and an official of the quasi-separatist Northern League, which favors independence for Padania, which is an artificial region which includes Toscana, Lombardia, and the Veneto, and has a population of 33 million. La Val Seriana is an area near Bergamo; beautiful country.