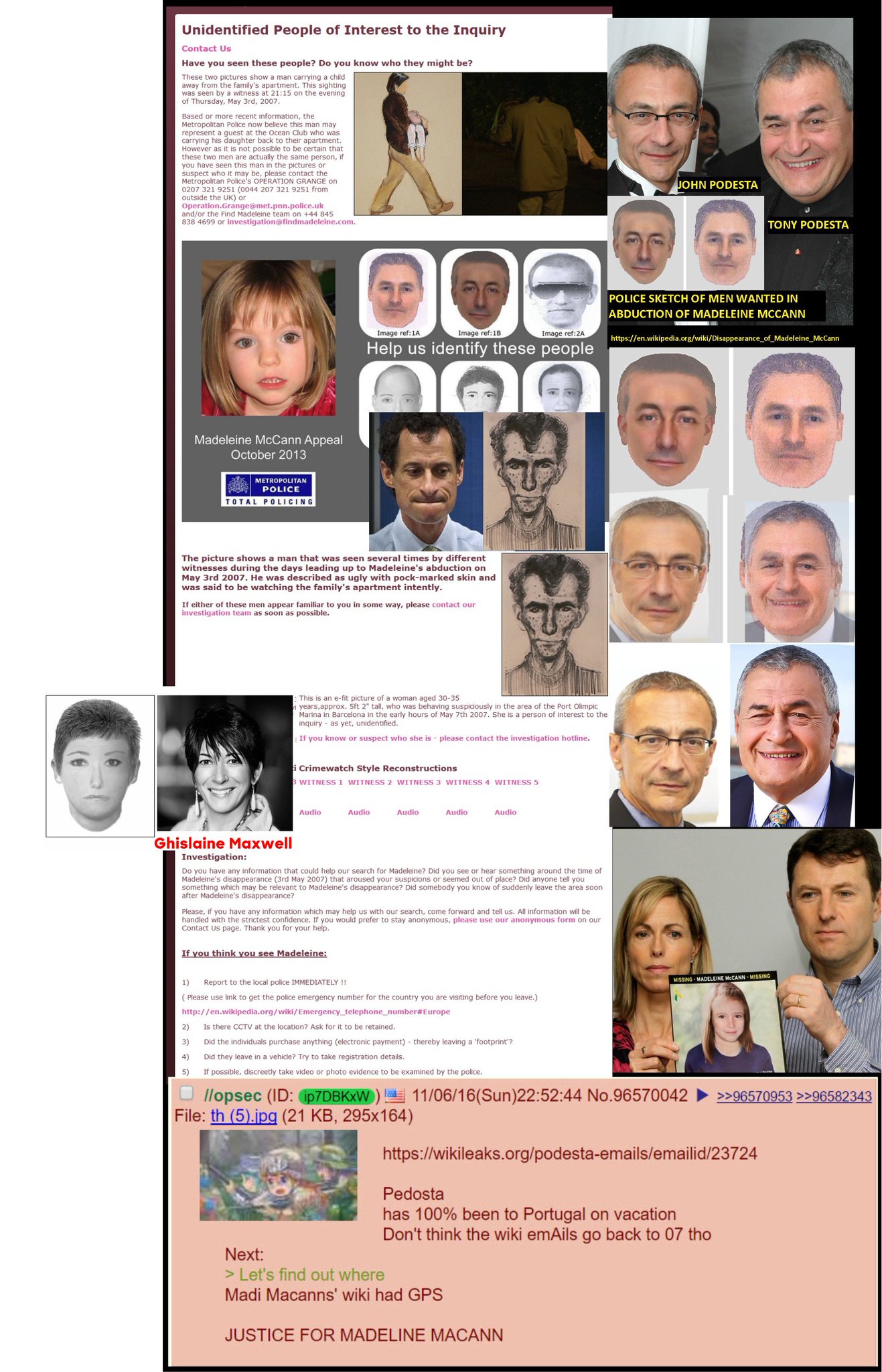 Or more appallingly creepy. Now alerted to the link between the Clinton inner circle and child abuse, channers have identified an apparent link between the Podesta brothers, Jeffrey Epstein’s procuress, and the most famous case of a missing child in recent English history.

I shouldn’t think it would be too hard to confirm if the Podestas were in Portugal on May 3rd, 2007 or not. The likenesses between the “persons of interest” sketch and the four individuals mentioned is quite remarkable. The one I think is least likely is Weiner; the individual was described as having pock-marked skin, and that doesn’t seem to fit the former Congressman.

UPDATE: Not exactly related, but TMZ has just reported that Hillary Clinton has canceled plans for a fireworks display in NYC tomorrow night.