But I am going to say “Mike Cernovich told you so.”

Now it’s time to celebrate the Trumpslide and MAGA3X!

As many of you correctly surmised, I turned in after I was confident Donald Trump had won. The only question was the size of the Trumpslide, which we still don’t know exactly, but appears to be in excess of 306 electoral votes. The pollsters had been putting their thumb on the scale, as the size of Trump’s win in FL and OH, the 3-point loss in VA, and the competitiveness in PA and MI tended to show. Given how close the final polls were after the race “tightened”, that was sufficient to convince me that Trump had it in the bag.

This is a historic win. But all it means is that America has the opportunity to defend itself against the global establishment attempting to bury it beneath a mass of foreign invaders. The wall still needs to be built. The swamp still needs to be drained. The invaders still need to be sent home.

Donald Trump has a lot to do, and he is going to have every distraction in the world and every opponent on the planet attempting to prevent him from doing his job. It is the Alt-Right’s job to move the Overton Window and give him conceptual room to work.

This is your victory, all of you who voted for Trump, who memed for Trump, who donated to Trump, and were a part of this. No one expected it except Scott Adams (mostly), Mike Cernovich (from the start), and me (a little later than Mike). But the people have spoken (loudly), Donald Trump is the next President of the United States of America, and now we have the chance to Make America Great Again.

Don’t let up. Don’t show them any mercy. Not now, and not ever, because none will be shown to you.

And I don’t know about you, but I’m going to get myself one of these Trumpslide t-shirts. It doesn’t only refer to the election, it refers to what we hope will happen over the next eight years. And the triggering will be delicious. The salt must flow.

It’s possible that Donald Trump will let us down. It’s likely that the establishment will crash the economy; the Dow is already down heavily in response to his victory. The historical situation remains dire and the demographics remain disastrous. But the main thing is that there is now reason to hope and America is not going to be ruled by a sick and corrupt satanist doing the bidding of her globalist masters.

Well done, everyone. Thanks for spending election night here; there was a record 28,789 pageviews per hour at one point. And, above all, congratulations to the Trump family and to the God-Emperor Ascendant. May he rule harshly, wisely, and well, in the interest of the American nation. 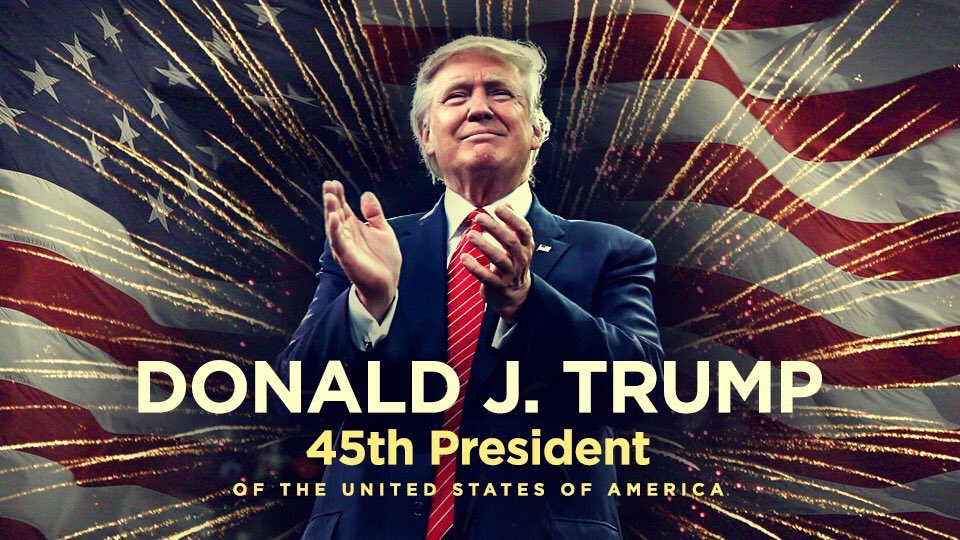