It’s rather amusing to see how the God-Emperor Ascendant no sooner gets criticized for something nonsensical by the Left than his actions obviate the basis for their criticism:

The decision was one of Pence’s first since formally taking over the team’s lead role. New Jersey Gov. Chris Christie was abruptly dismissed from the post last week.

Critics have excoriated Trump for including lobbyists, Washington insiders, and Republican Party veterans among his team, suggesting it contradicts the anti-establishment message that defined his campaign.

“[Americans] do not want corporate executives to be the ones who are calling the shots in Washington,” Massachusetts Sen. Elizabeth Warren said earlier Tuesday. “What Donald Trump is doing is that he’s putting together a transition team that’s full of lobbyists — the kind of people he actually ran against,” she said.

Will Fauxcahauntas praise Trump for actually draining the swamp? Of course not! Because Warren isn’t anti-establishment, she was just grabbing what she mistakenly thought was a useful club with which to hit Trump.

But, as usual, the God-Emperor Ascendant is several steps ahead of his bumbling opposition. As entertaining as the Obama administration was, the Trump administration promises to be even more so, albeit in an entirely different way.

Then, for a night cap, Trump proceeded to upset the entire press corps by going out to dinner with his family without inviting them as is apparently traditional. And received a standing ovation when he walked into the steak house. 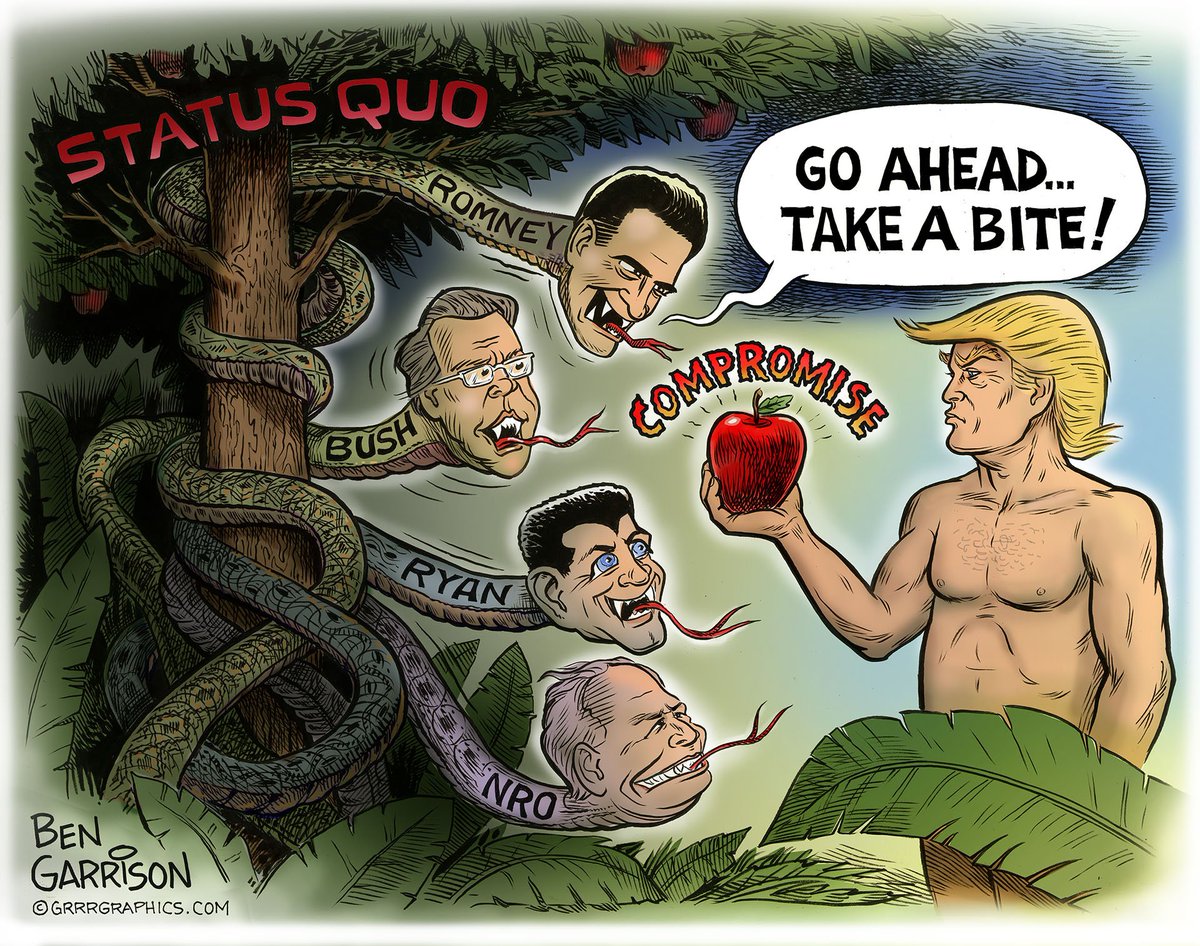 The mainstream media think Trump is a madman and in disarray because they’ve never seen this level of competence in action before. One thing that is amazing about the God-Emperor Ascendant is the speed with which he acts once he decides that someone is not up to fulfilling their responsibilities to his liking. Never forget, this is a man who changed campaign managers THREE TIMES in the course of a campaign, and won. He didn’t win DESPITE changing them, he won BECAUSE he changed them.

Rogers was told that all team members picked by Christie were being ousted, The Journal reported, citing a source familiar with the situation.

Translation: settle down, everyone. Trump has no intention of letting the neocons or the GOPe interfere with his administration. That doesn’t mean there won’t be anyone from the status quo on his team; many individuals have legitimate and relevant experience that could be of genuine utility to him. But it’s pretty clear already that if they get out of line or attempt to exert any undue influence on him, they won’t be there long.

Trump likes to test people and give them enough rope to hang themselves. My guess, and it is nothing more than that, is that Chris Christie gave him certain assurances, then promptly went ahead and violated them as he tried to impose status quo shackles on the God-Emperor Ascendant, thereby prompting the house-cleaning. It wouldn’t surprise me at all to learn Donald Trump Jr. was somehow involved in that process. One senses an uncompromising and merciless hand in all of this.