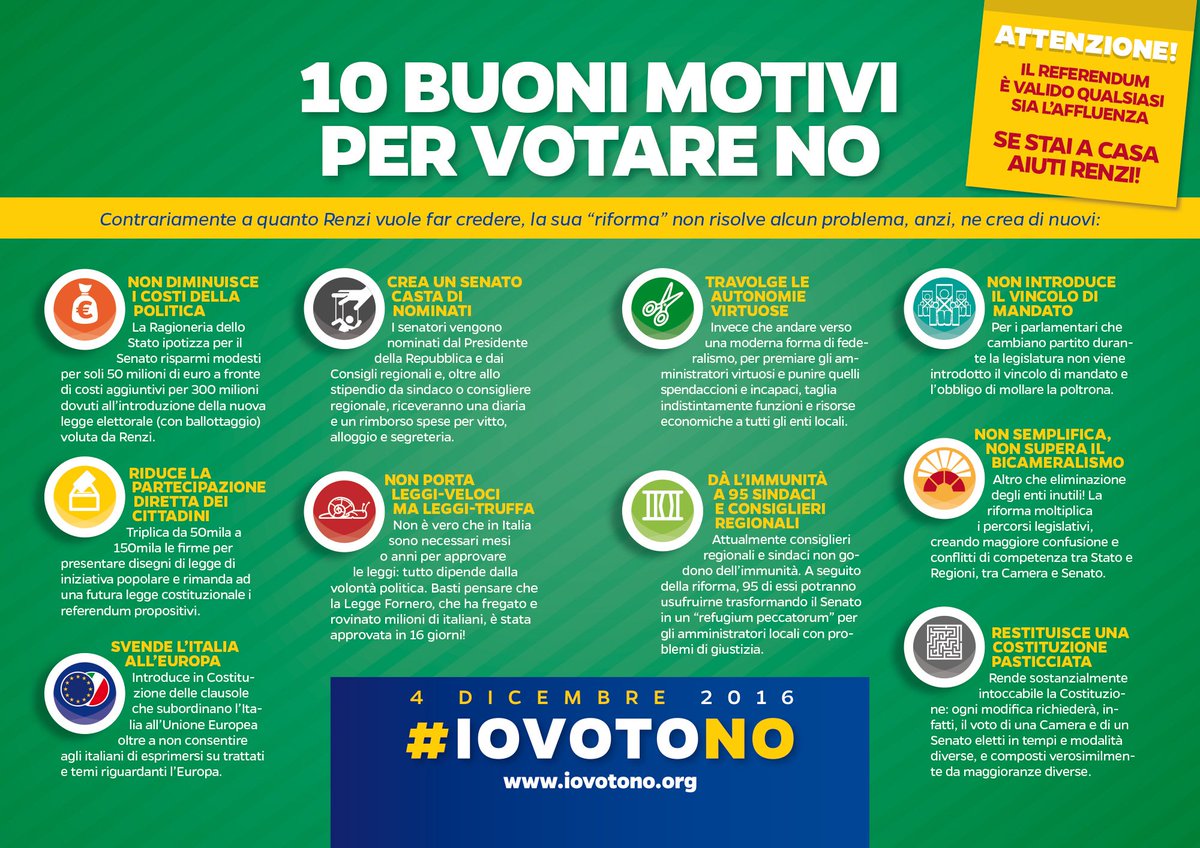 Ten good reasons to vote NO. If you stay home, you help Renzi! Contrary to what Renzi wants you to believe, his “reform” will not resolve our problems, but create new ones.

There are three reasons the Italian referendum is so important. The first is that if the constitutional reforms pass, it will be much easier for the eurocrats to force their policies through the more-centralized Italian government. The second is that if it fails, the eurocrat Renzi has said he will resign as Prime Minister since his minority government won’t be able to govern. The third is that this is a virtual referendum on the euro and the EU, and a strong NO vote will serve as a precursor to Italy exiting both the currency and the globalist entity.

In fact, some EU observers are already predicting that if Italy votes no, and the NO vote is leading strongly in the polls, the EU will collapse.