When the chips are down and their vote counts, they will ALWAYS find a way to take the enemy’s side against their own.

“I regret that our efforts were simply not enough, this time,” Senate Majority Leader Mitch McConnell said on the Senate floor after the vote. “This is clearly a disappointing moment. It’s time to move on,” he added after pulling the bill from the floor.

The decision by McCain to vote no came after weeks of brinkmanship and after his dramatic return from cancer treatment to cast the 50th vote to start debate on the bill earlier this week. The GOP’s ‘skinny’ repeal bill was defeated 49-51, falling just short of the 50 votes needed to advance it. Republicans Susan Collins of Maine and Lisa Murkowski also voted against it.

It wasn’t immediately clear what the next steps would be for the Republicans. The repeal effort had appeared to collapse several times before, only to be revived. And several Republicans pleaded for their colleagues not to give up, even as President Donald Trump blasted the vote.

“3 Republicans and 48 Democrats let the American people down, As I said from the beginning, let ObamaCare implode, then deal. Watch!” he wrote on Twitter at 2:25 am Washington time.

But McConnell has struggled to find a compromise that satisfies conservatives, who have demanded a wholesale repeal of Obamacare, and moderates, who have been unnerved by predictions the bill would significantly boost the ranks of uninsured Americans.

Moderates serve one purpose and one purpose only: to prevent their own side from winning. This is why you should swiftly eject them from any activity that you wish to accomplish anything.

How do you identify the moderate? Easy. He, or as is more often the case, she, will be the one who is always talking about “reaching out” and how the other side will feel or react. Even when moderates are in their putative fire-breathing mode, they will be talking about how the other side’s head will explode or some other such nonsense. They never have any interest in actual objectives or how to attain them. Believe it or not, moderates actually take pride in changing sides and preventing their team from winning, because being unreliable and treacherous somehow proves the nobility of their principles and independence of their judgment.

Just look at how Weasel John McCuck was “leading the fight to stop Obamacare” before he was voting with the Democrats to save it. Never, ever, permit a moderate to have a leadership position. And if you can’t prevent it, refuse to support the organization or the effort until he is removed. 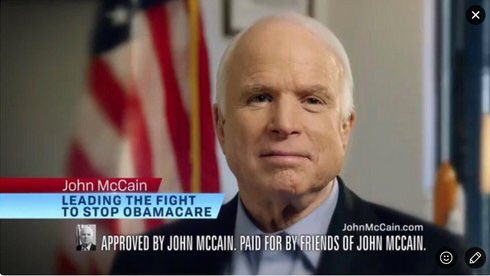