As you may recall, our objectives with regards to the comics industry go well beyond Alt★Hero. That may be our aircraft carrier, but our goal is not to sail around the metaphorical seas and do naval exercises while looking pretty, it is to actually sink ships, blow things up, and send in the Marines to take territory. I mentioned that one aspect of our larger strategy fell into place earlier this week, now here is a glimpse of another one.

In addition to creating our own content, we are signing comics that are being produced by others that we believe will be of potential interest to comics readers who are increasingly dissatisfied with the SJW-converged material that Marvel and DC Comics are trying to push on them. Below is a page from what will likely be the first comic that we will release through our new channel. 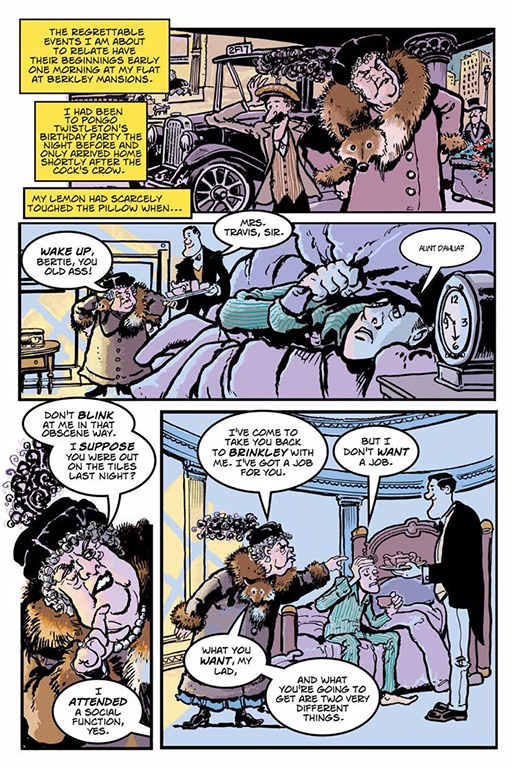 That’s right. We’re doing Wodehouse. We also have a pair of Lovecraft Noir works in the mix as well as a possible adaptation of a popular military science fiction series by one of Amazon’s bestselling authors. Just to be clear, none of this is utilizing any of the resources provided by the Alt★Hero backers, it is merely the result of other content creators wishing to avail themselves of the alternative distribution channel we are creating by publishing with us.