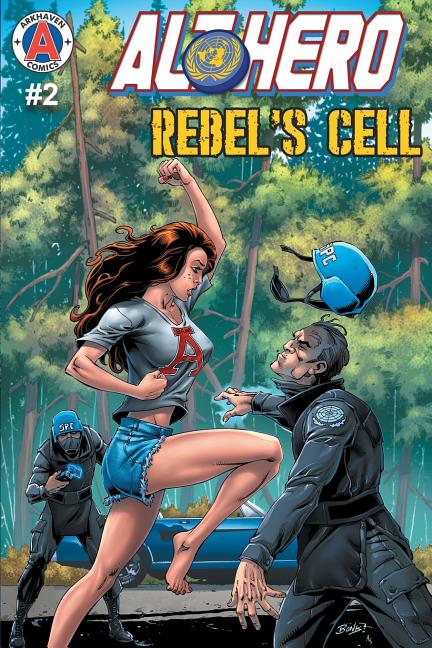 Arkhaven is happy to announce that Alt-Hero #2: Rebel’s Cell is now available in print at the Arkhaven Direct bookstore for $2.99. This is the limited-run gold logo edition.

It is possible that Amazon still has a few gold logo editions in stock, but the print run for the first issue gold logos has been shut down with just over 2,400 copies printed and sold.

In other Alt-Hero news, MAGNATE has provided an update on DevGame regarding the current state of the RPG development and the results of its most recent playtest. And here’s a random thought: how about an Alt-Hero replacement for the now-defunct City of Heroes? For reasons I can’t share now, that’s a LOT more potentially viable than you would probably imagine.