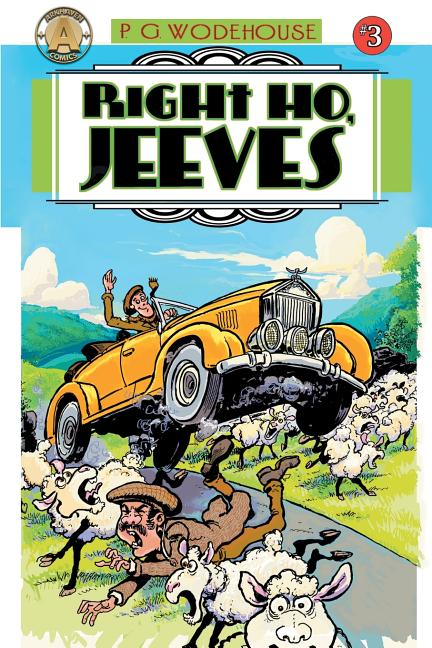 BERTIE AT BAY is the third issue in the RIGHT HO, JEEVES series, which tells of the travails of the inimitable Bertie Wooster, summoned from the comforts of #3A Berkley Mansions, London to Brinkley Manor by his imperious Aunt Dahlia. Love is in the air and Wodehousian shenanigans are afoot, as Wooster’s well-meaning attempts to help out his friends sort out their romantic difficulties only leads to one hilarious disaster after another.

Adapted from the classic Wodehouse novel by comics legend Chuck Dixon and drawn by SAVAGE SWORD OF CONAN illustrator Gary Kwapisz, BERTIE AT BAY is issue #3 of 6 in the RIGHT HO, JEEVES series.

RIGHT HO, JEEVES #3: Bertie at Bay is available in a gold logo edition from Arkhaven Direct for $2.99.

In other Arkhaven-related news, Rorshach of Swindon has reviewed Alt-Hero #4: The War in Paris.