Young white Americans understand, in a way most of their elders simply cannot, that they are caught up in an existential war against them, and they are desperate for the kind of hope the God-Emperor is providing them:

DONALD Trump’s rally in Minneapolis has turned heads after people pointed out that it looked more like a Justin Bieber concert rather than a political meeting. Teenage girls and boys were seen crying tears of joy as the US president talked about his win in the 2016 election to a 20,000-strong crowd in Minnesota. 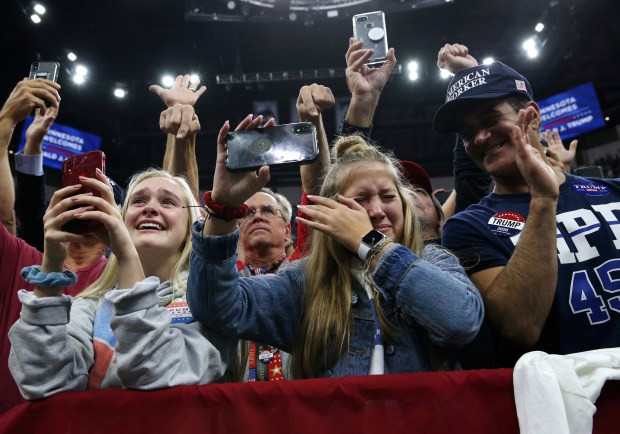