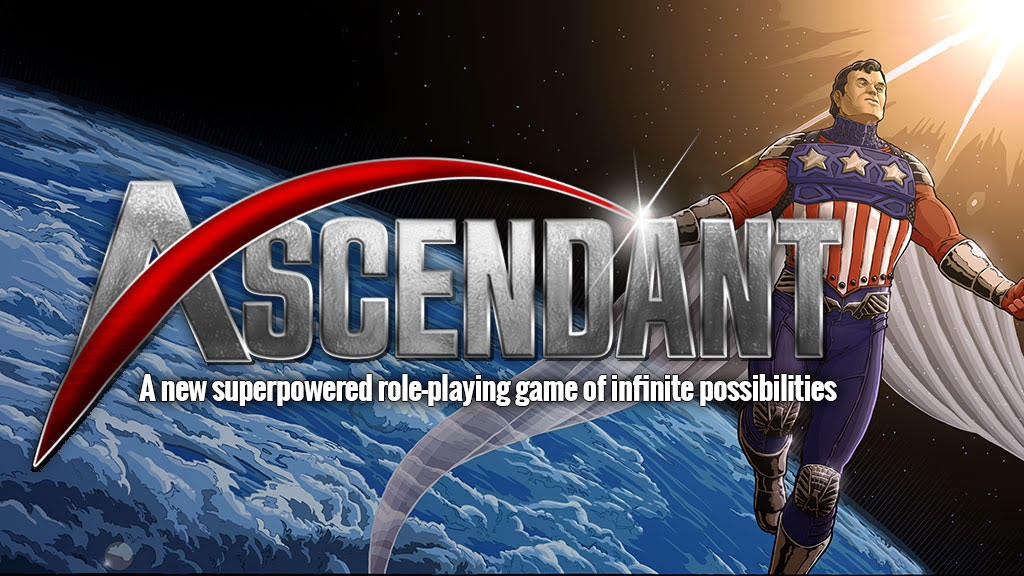 Ascendant strives to be neither a descriptor-based nor effect-based game. It is, rather, a physics-based game. The game mechanics are intended to be the physics engine of the game world. Powers have both descriptors and effects. Some effects are precluded by the logic of the descriptor, and some descriptors inevitably entail certain effects. The mechanics are elaborate and detailed (as in an effect-based game) but they are also broad and universalized (as in a descriptor-based game). Players are expected and encouraged to use their powers in whatever manner makes sense within the physics of a comic-book world, but not in ways that don’t make sense.

ALT-HERO fans will be pleased to know that although it is an entirely different superhero universe, ASCENDANT is based on the same set of brand new superhero RPG rules that the forthcoming ALT-HERO RPG is using. If you’d like to back our friends at Ascendant, you can do so here.