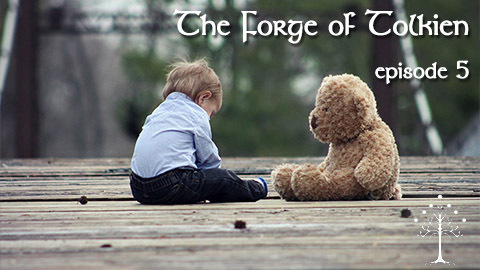 The Forge of Tolkien Episode 5: Stories For Children

Critics from Edmund Wilson (The Nation, 1956)  to Andrew Rissik (The Guardian, 2000) and Richard Eyre (The Guardian, 2004) have described The Lord of the Rings as “essentially a children’s book,” a monument to kitsch and Tolkien’s inability to face the real issues that concern adults in the modern world.