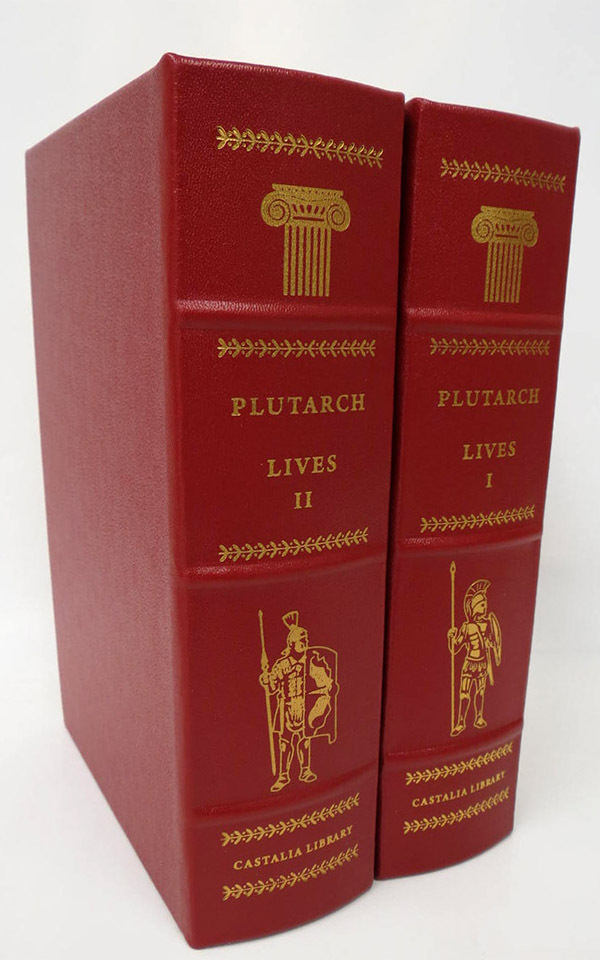 A Library subscriber mentioned yesterday that he thought the Library editions were every bit as beautiful as the Libraria editions, so I thought it was only fair to give them their moment in the sun. This was our first attempt to utilize red cowhide in the vein of the Franklin Library Shakespeare collection, and although it took a little more tweaking than usual, the end result was very satisfactory. The endpapers, in particular, are fantastic.

The front covers, which feature the hoplite and legionary helmets, are also very striking, and the detail on the two soldiers on the spines turned out better than we were expecting.

I ordered another 630 square feet of Italian goatskin today, which is the largest order we’ve placed to date. The Libraria editions of Arts of Dark and Light, which includes Summa Elvetica, will be dark green. The Libraria edition of Heidi will be the bright red of the Swiss flag. Both colors should look spectacular with the 22k gold.

Both volumes of Plutarch, in both editions, are now available at Arkhaven for non-subscribers. The Libraria edition of Summa Elvetica is also available, but there are only 49 left in stock.