It will probably not surprise you to learn that Bounding Into Comics has the exclusive story:

Arktoons continues to roll out new titles to the digital comics platform found at Arkhaven.com.

Arktoons is a free-to-view website, meaning all episodes are free to read. New episodes of each series are released weekly. In fact, there are new episodes for a variety of titles on every single day of the week.

While all the comics and series are free-to-view, you can support the platform and the comics creation through a subscription. There are currently four options ranging from $5 to $50. It is not a requirement to subscribe in order to read the comics.

After releasing 10 titles in its first two days including Alt-Hero Q, Midnight’s War, The Hammer of Freedom, A Throne of Bones, Ascendant, and Flying Sparks among others, Arktoons announced four new titles.

While there are a few technical infelicities, particularly on mobile, the platform has proven to be entirely stable. Traffic is already 3x that of Day One, which bodes well as it appears that the positive word of mouth is beginning to take effect.

Thursday’s winner was A Throne of Bones, although Ascendant was a strong number two and Chuck Dixon Presents: Adventure proved to be surprisingly popular. The production team did a stellar job with The Frogmen, as they almost flawlessly replicated the old-style dialogue balloons in a manner that is actually legible at 1080 resolution. 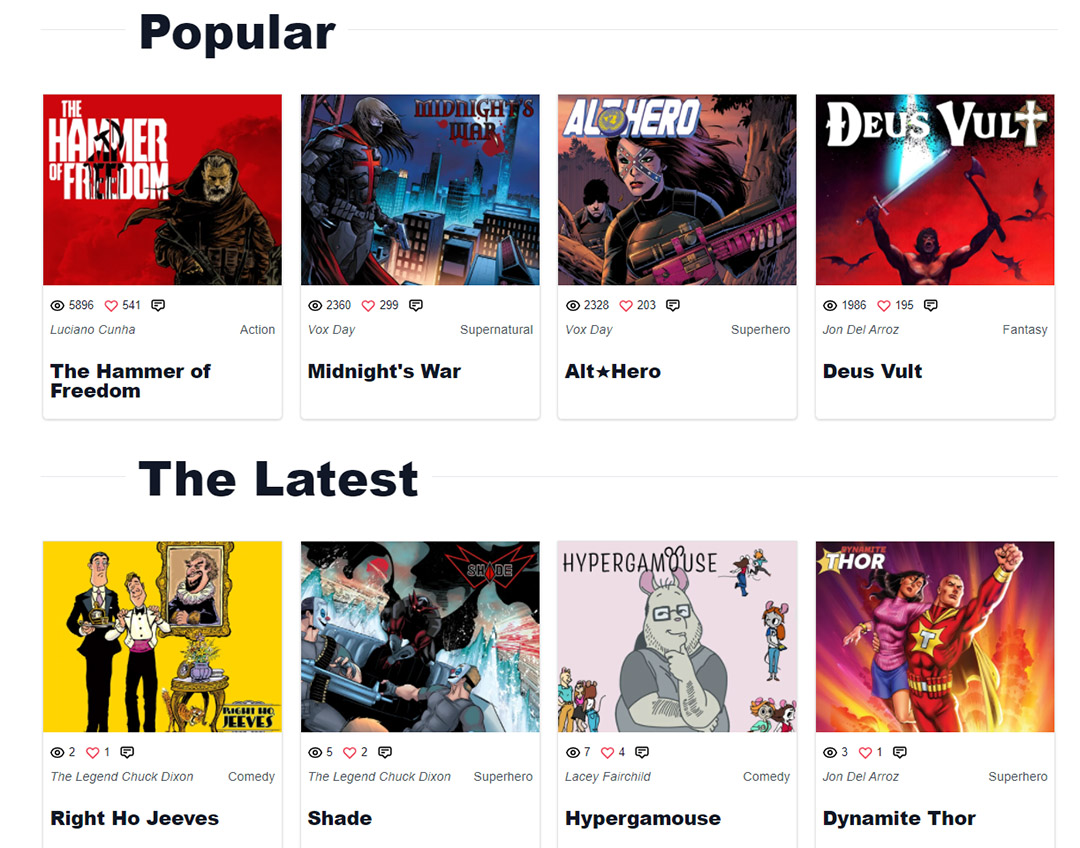