The French refuse to accept the imposition of vaccine passports and discrimination against the non-genetically modified:

Mass protests all over the country took place on Bastille Day, the anniversary of the 1789 storming of the notorious Paris dungeon that kicked off the French revolution. In Paris, police fired tear gas to suppress the demonstrators.

Social media posts about the protests included the hashtags #PassSanitaire and #VaccinObligatoire, referring to Monday’s announcement by Macron that healthcare workers will have to get vaccinated against Covid-19 by September 15, or face losing their jobs.

Moreover, a “health pass” to be introduced in August will limit entry to bars, restaurants, cafes and shopping centers in favor of those who’ve either tested negative, are fully vaccinated, or recently recovered from the virus. Macron had previously promised there would be no vaccine mandate or health passports.

These protests that erupted all around the country have been big and intense, so it’s intriguing to see how the mainstream English press has been attempting to downpedal them, since they so egregiously violate the narrative of “everyone else has been vaccinated” that is being pushed now. 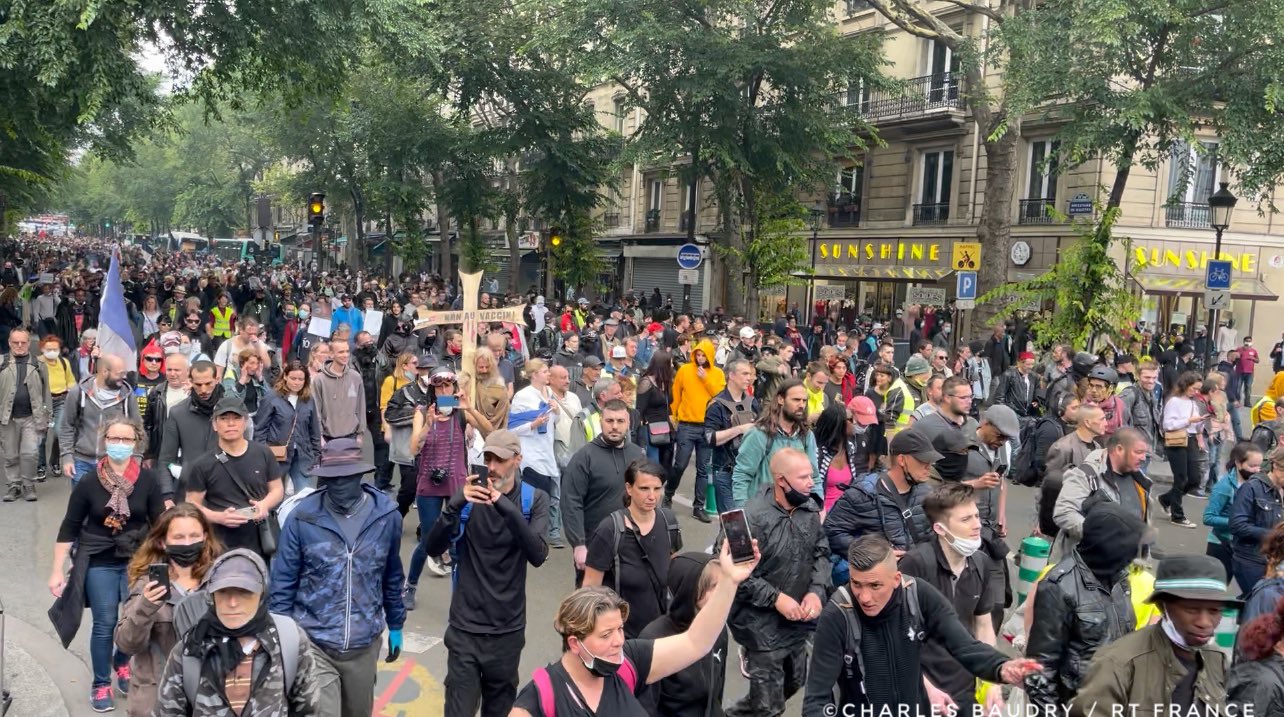