Now this is a sweet Alt-Hero t-shirt design from Crypto.fashion! I really like how the panels form a French tricolor. They have a growing line of Arkhaven-related products. And I definitely need to get my hands on a Dark Legion shirt. I would be remiss if I failed to mention that Crypto.Fashion is having a post-Thanksgiving sale this weekend. Everything, including Arkhaven and Dark Lord Designs, is 15-20 percent off.

Just imagine how happy your God-Emperor-hating sister-in-law will be to receive the ladies’ version of the Trumpslide 2020 shirt! And picture the beaming face of the SJW in your family when he discovers that he’s eligible for a free helicopter ride!

And then, there is my personal favorite, the Official SJWs Always Lie t-shirt in black.

Crypto.Fashion and Dark Lord Designs have FOUR new t-shirt designs for you. This one is my favorite of the four: AMERICANS Are Dreamers Too. So white and triggering! Here are the others:

Also, thanks to everyone who signed up to check out Idka today. I’ll see you there! If you haven’t been approved yet, don’t worry, I’ll hit one more round before turning in.

Who are we to argue with the market or where people like to buy things? Now you can buy Crypto.Fashion tshirts on Amazon. Black and blue are available for both. Show the flag and spread the word! 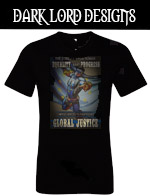 The first Alt★Hero shirt is here! This one features a design that is very similar to the poster previously featured on Dangerous.

This one says, “The Struggle for Human EQUALITY and PROGRESS Needs Heroes Who Fight For GLOBAL JUSTICE”

Hey, we want to bring over all those Marvel and DC readers, right? Can’t hook them without bait.

Given how much Gamma rage was inspired by the idea that fathers might protect their daughters, I can only imagine how much will result from the latest design from Crypto.Fashion and Dark Lord Designs. Also available in a short-sleeved v-neck. And yes, we changed out the rifle for variety’s sake.

Just in time for Christmas, Crypto.Fashion has produced what is probably the most long-awaited t-shirt design in the Dark Lord Designs collection, based on a phrase I coined some time ago. Perfect for any daughter, particularly of the teenage variety.

Crypto.Fashion asked me to remind you that this and other great t-shirts are on sale through the end of the day. Also, I should mention that the announcement I alluded to this weekend has been postponed until further notice. So, you’ll have to wait a little longer for the latest Alt★Hero art to be revealed.

National Review appears to be finding a strange, newfound respect for the Trump Presidency:

This Thanksgiving, Americans in general — and free-market conservatives in particular — have plenty for which to be grateful. And much of it would be absent had the White House’s current occupant not become president on November 8, 2016.

The Dow Jones Industrial Average, NASDAQ, and S&P 500 all hit record highs on Tuesday. The Wilshire 5000 Index calculates that some $3.4 trillion in new wealth has been created since President Trump’s inauguration and $5.4 trillion since his election. Fueled by the reality of deregulation, expectations of lower taxes, and a new tone in Washington that applauds free enterprise rather than excoriate it, the economy is on fire.

Atop the second quarter’s 3.1 percent increase in real GDP, and 3.0 in 3Q, the New York Federal Reserve Bank predicts that 4Q output will expand by 3.8 percent. This far outpaces the feeble average-annual GDP growth rate of 1.5 percent on President Obama’s watch. Meanwhile, the IMF expects global GDP to rise by 3.5 percent this year. So much for a Trump-inspired “global recession.”

The Never Trump faction still claims that the president of the United States “is no conservative.” And yet, with rare deviations (such as free trade), he spends nearly every day implementing the conservative agenda. Ideas that center-Right activists have demanded for decades are becoming public policy, one after another — to the pleasant surprise of even some of Donald J. Trump’s most enthusiastic supporters.

Ten months down. Thirty-eight to go. The best is yet to come.

Still not tired. By the way, I would be remiss if I failed to mention that Crypto.Fashion is holding a Black Friday weekend sale on nearly all of its Dark Lord Designs t-shirts, which includes $10 closeout sales of Trumpslide 2016 shirts. They are also now offering black Infogalactic and Castalia House coffee mugs. 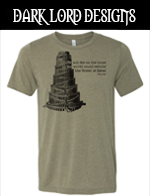 “Jesus did not die on the cross so the world could rebuild the Tower of Babel.”

The days of failing to confront Churchianity, Good Samaritanism, Equality in the Church, Refugeeism, and other false, heretical teachings that attempt to pass themselves off as What Jesus Would Do are over. They are branches severed from the tree and there is neither truth nor life in them. And far too many Christians need to be reminded of that.

Aslan is not a tame lion. The purpose of the Church is not to ensure that no one’s feelings are hurt.